This 7 day safari in Kenya is the best choice for travelers who wish to see more of the Kenyan Safari Circuit within a week and therefore includes some amount of road travel. Places visited include some of the best safari holiday locations in Kenya, from the lush Mount Kenya area, world famous Masai Mara Game Reserve, Ol Pejeta Conservancy near the Equator and Lake Nakuru. Special prices available for early bird 2020 & 2021 bookings.

Masai Mara , Lake Nakuru and Amboseli adventure is a tour of its own kind that takes you to 3 of the most popular wildlife protected areas. The tour gives you an opportunity to see different animal species as well as numerous species of birds. It is a tour that can be booked throughout the year. This safari definitely crowns the climax of every other safari in this destination.

The Masai Mara is regarded as the jewel of Kenya’s wildlife viewing areas. The annual wildebeest’s migration alone involves over 1.5 million animals arriving in July and departing in November. There have been some 95 species of mammals, amphibians and reptiles and over 400 birds species recorded on the reserve.

Lake Nakuru provides the visitor with one of Kenya’s best known images. Thousands of flamingo, joined into a massive flock, fringe the shores of this soda lake. A pulsing pink swathe of life that carpets the water, the flamingo are a breathtaking sight.

The lake has become world famous for these birds, who visit the lake to feed on algae that forms on the lake bed. They move back and forth, feeding and occasionally and spectacularly taking to flight, filling the sky over the lake with color.

Nakuru has more than just flamingos. This is a major National Park and an important sanctuary for Rhino. Both Black and White Rhino are found here, and are often seen resting under acacias by the Lake shore.

The park abounds with game. There are huge herds of waterbuck, zebra, buffalo, the endangered Rothschild Giraffe and more.

Amboseli lies immediately north-west of Mount Kilimanjaro, on the border with Tanzania. The Park covers 392 square km, and forms part of the much larger 3,000 square km Amboseli ecosystem.

Amboseli is famous for its big game and its great scenic beauty; the landscape is dominated by the towering Mount Kilimanjaro.

Arrival at the Jomo Kenyatta International Airport. Met by our representative outside customs and immigration hall and then transfer to Tamarind Tree Hotel. If time allows you will be briefed about your safari at the Hotel Lobby. Dinner and overnight stay.
TAMARIND TREE HOTEL (BB – Bed& Breakfast) or equivalent.

You will be picked from your hotel and depart for Masai Mara National Reserve via the great rift valley. You will have a brief stop at the rift valley view point for some photos and enjoy the sceneries. You will then proceed heading to Narok. En route you will have great scenic views of the extinct volcanoes, Suswa and Mt Longonot. 12h30. Arrive at the Sarova Mara Game Camp. Assisted in check in then Lunch. 16h00: Depart for a game viewing drive in the reserve.
.Land of Big Cat Diary and Disney’s African Cats, the Maasai Mara is at the top of most people’s Kenyan safari wish lists. The location of the ’Great Migration’ – one of the natural wonders of the world – is a gloriously beautiful, wildlife-rich savannah landscape, once described by the eminent biologist Julian Huxley as ‘the only easily accessible and readily studied remaining portion of the world’s pre-human climax community at its tropical richest.’ It’s also a region where traditionally dressed Maasai still herd their cattle and goats in a lifestyle that in some respects hasn’t changed much since they first arrived here 350 years ago. Return to the camp before sunset, for dinner and overnight stay.

Full day spent in the reserve with morning and afternoon game viewing drives with your driver guide.
Masai Mara National Reserve is one of the most popular tourism destinations in Kenya- Africa. The reserve is located in the Great Rift Valley in primarily open grassland. Wildlife tends to be most concentrated on the reserve’s western escarpment. The Masai Mara is regarded as the jewel of Kenya’s wildlife viewing areas. The annual wildebeest’s migration alone involves over 1.5 million animals arriving in July and departing in November. There have been some 95 species of mammals, amphibians and reptiles and over 400 birds species recorded on the reserve. Nowhere in Africa is wildlife more abundant, and it is for this reason a visitor hardly misses to see the big five (buffalo, elephant, leopard, lion, and rhino)
You will have a chance to visit a local Maasai cultural village and spend some time with them. The Maasai are proud pastoralists and warriors. Spend time in the “Manyatta” and immerse you in one of earth’s oldest cultures. The ladies and children will entertain you with traditional songs and while at the village see how they go about their daily lives in a very traditional way like making fire with stones and sticks!
All meals and overnight stay at the lodge.

Breakfast at the hotel and assisted with check out. 08h00: You will depart and head to the rift valley and to Lake Nakuru National Park. We will arrive at the Sarova lion hill lodge with enough time to settle in before lunch with a little time to relax.
16h00: Set off for a game viewing drive in the park. Lake Nakuru national park is home to one of the most amazing ornithological spectacles in the world – the bird watchers paradise. Apart from the flamingos, the park has over 450 species of birds – a heaven for any avid bird watchers. The park is also a sanctuary to the highly-endangered black Rhino and abounds with other game such as buffalos, lions and the elusive leopard.
Return to the camp before sunset, for dinner and overnight stay.

Breakfast at the hotel and assisted with check out. 07h30: You will head to Lake Naivasha for an optional boat ride. As you sail along the shores of the lake, you will see a variety of water bird species that include the African Fish Eagle, Cormorant, Pelicans, ibises, king fishers among others. You will also have an opportunity of viewing hippos at a distance. After this experience you will proceed to Nairobi and stop over at the Carnivore restaurant for lunch.
At 14h00: You will continue with your drive and head south to the Amboseli National Park . The drive will be via the Nairobi- Mombasa highway through open expanses of African savanna dotted with acacia woodland into the maasai land. 17h30: Arrive at the park gate then the park formalities. You will proceed on gamedrive en route to the Amboseli Serena Lodge. Assisted in check in then leisure.

After breakfast, depart for the nearby { 1.5 hour drive), luxurious Sweetwaters Tented Camp located in the Ol Pejeta Conservancy, world famous for their wildlife conservation efforts and for their collection of amaxing wildlife which includes the only place in Kenya and most of East Africa where one can spot Chimpanzee in environments close to their native forests. Arrive at the Sweetwaters Camp late morning, for check in after which you enjoy a sumptuous lunch. At 3pm embark on a adventure filled safari game drive inside Ol Pejeta Conservancy including a visit to the Chimpanzee Sanctuary. Return to the camp by dusk at 6pm for dinner and overnight.
Dinner and overnight at the Serena Sweetwaters Tented camp. Dinner and overnight stay.

Leisurely breakfast at the resort, 09h00 you will check out and embark on another road transfer back to Nairobi. Arrive and dropped at your hotel/airport.

Is an African safari safe?

Kenya and Tanzania are safe safari destinations and for most tourism in general. During your safari, our tour guides will take care of your experience, ensuring you stay safe throughout your trip.

What is the best month to go on an African safari?

The best month to go on an African safari will depend on the climate. The seasons are however complex, which will depend on the game viewing experience you have. Peak season is between June and September, where the weather is hot and safari game animals are active across Kenya’s National Parks, including the Wildebeest Migration. However, going between January and March are also months where game viewing is at it’s peak and the weather is mild.

Can i embark on a safari holiday on a tight budget?

Yes! Cheetah Safaris have a variety of safaris for those on a budget. Catering to families and couples, you will be able to explore East Africa and the spectacular National Parks. Whether you want to visit Kenya, Tanzania or Uganda, you’ll be sure to find something in our budget safaris.

Do you arrange one day safari trips?

At Pallid Safaris, you can embark on a one-day safari trip in Nairobi National park, Lake Nakuru National park or visit Nairobi’s marvellous city of culture. For more information, visit our day trips in East Africa.

Which African safari is best?

All of our safari packages here at Pallid Safaris offer un miss able excursions that you are bound to love! Some of Kenya’s most popular destinations include the Masai Mara, Mombasa and Nairobi, with Tanzania featuring Serengeti and the Ngorongoro Crater. Explore with Pallid Safari ltd. African safari packages now!

What Safari Vehicles Do Pallid Safaris use?

Can I go on safari and still enjoy a luxury experience? 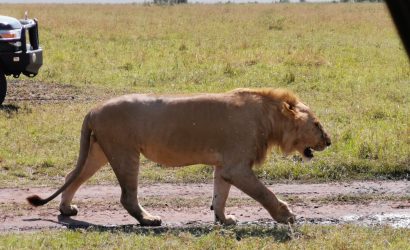 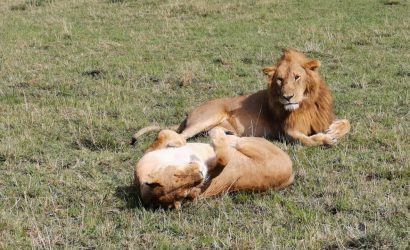 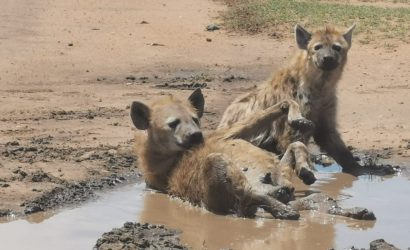 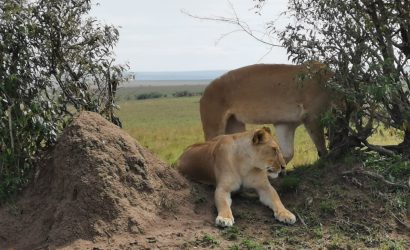