Masai Mara , Lake Naivasha, Lake Nakuru and Amboseli adventure is a tour of its own kind that takes you to 4 of the most popular wildlife protected areas. The tour gives you an opportunity to see different animal species as well as numerous species of birds. It is a tour that can be booked throughout the year. This safari definitely crowns the climax of every other safari in this destination.

The Masai Mara is regarded as the jewel of Kenya’s wildlife viewing areas. The annual wildebeest’s migration alone involves over 1.5 million animals arriving in July and departing in November. There have been some 95 species of mammals, amphibians and reptiles and over 400 birds species recorded on the reserve.

Lake Naivasha is a beautiful freshwater lake, fringed by thick papyrus. The lake is almost 13kms across, but its waters are shallow with an average depth of five meters. The lake and its surroundings are rich in natural bounty, and the fertile soils and water supply have made this one of Kenya’s prime agricultural regions. Much of the lake is surrounded by forests of the yellow barked Acacia Xanthophlea, known as the yellow fever tree.

Lake Nakuru provides the visitor with one of Kenya’s best known images. Thousands of flamingo, joined into a massive flock, fringe the shores of this soda lake. A pulsing pink swathe of life that carpets the water, the flamingo are a breathtaking sight.

The lake has become world famous for these birds, who visit the lake to feed on algae that forms on the lake bed. They move back and forth, feeding and occasionally and spectacularly taking to flight, filling the sky over the lake with color.

Nakuru has more than just flamingos. This is a major National Park and an important sanctuary for Rhino. Both Black and White Rhino are found here, and are often seen resting under acacias by the Lake shore.

The park abounds with game. There are huge herds of waterbuck, zebra, buffalo, the endangered Rothschild Giraffe and more.

Amboseli lies immediately north-west of Mount Kilimanjaro, on the border with Tanzania. The Park covers 392 square km, and forms part of the much larger 3,000 square km Amboseli ecosystem.

Amboseli is famous for its big game and its great scenic beauty; the landscape is dominated by the towering Mount Kilimanjaro.

An adventure of its own kind that takes you to 4 of the most popular wildlife protected areas. The tour gives you an opportunity to see different animal species as well as numerous species of birds. Its a tour that can be booked throughout the year. This safari definitely crowns the climax of every other safari in this destination.

Guest will be meet at the hotel lobby by our driver guide and briefed about the safari and then you will proceed to the Masai Mara National Reserve with a stop over at the Rift Valley view point. You will then proceed past the Longonot and Suswa craters into Narok the largest Maasai town. Then proceed to the reserve and check in at the AA Mara Lodge for lunch. At 4 PM, you will embank on an afternoon game drive and return to the lodge before dusk for dinner and over night.

Rise early today for breakfast. Be ready for a great full day game drive and picnic lunch along the Mara river. Roll down the windows or stand up through the customized pop up roof hatch and enjoy this unhindered 360 views, and the possibilities for what lies ahead. Masai Mara is one of the lushest reserves in Africa, and is globally renowned for the Great Migration when thousands of wildebeest, zebra, and Thomson’s gazelle travel to and from the Serengeti. The park is also known for providing excellent predator sightings in their natural habitats thanks to its relatively large populations of lion, cheetah, and leopard. We will also see lots of Elephants, Masai giraffe, common zebra, impala, Thompson’s and Grant’s gazelles, Topi, Hartebeest, Black-backed jackal, spotted hyena and more.

Rise up early for breakfast, check out and depart Masai Mara for Lake Naivasha. We will arrive at the lodge with enough time to settle in before lunch with a little time to relax before we head out for an afternoon boat ride. As you sail along the shores of the lake, you will see a variety of water bird species that include the African Fish Eagle, Cormorants, Pelicans, Ibises, King fishers among others. You will also an opportunity to view a hippos at a distance. You will then return to the lodge for leisure and over night.

After an early breakfast, You will depart for a day trip with picnic lunch from the lodge to Lake Nakuru National Park which offers you a rare insight into Kenya’s most diverse flora, fauna and wildlife and it is famous for its huge flocks of pink flamingos. The birds throng on Lake Nakuru itself, one of the Rift Valley soda lakes that comprises almost a third of the park’s area. More than 450 species of birds have been recorded here as well as a rich diversity of other wildlife. Lions, leopards, warthogs, waterbucks, Pythons, and white rhinos are just some of the animals you might see, and the landscapes range from sweeping grasslands bordering the lake to rocky cliffs and woodland. The park also protects the largest euphorbia candelabrum forest in Africa. In the evening you will drive back to Lake Naivasha country Club for overnight.

You will have an early breakfast then check out. The journey will take about 6 hours via Nairobi the capital city to the south side of the country. You will arrive in time for lunch and after check in at Aa Lodge. An optional visit to a Masai village can be arranged after lunch and a nature walk, Weather permitting you will enjoy a magnificent view of Mount Kilimanjaro from the balcony of your tent as you enjoy your favorite drink. Dinner and overnight will be at at the camp.

After an early breakfast, You will depart with picnic lunch for the Amboseli National park. Despite its changing habitat, Amboseli National park is best wildlife area in Kenya to experience big herds of Elephants at a close range. They are less unharassed by poachers and you can easily see them feeding and bathing at the swamps making it your highlight of your day. You will enjoy your lunch at the Namatior observation Hill with its base forming a permanent water reservoir full of Hippos. You will then return on an en-route game drive to your camp arriving in the evening for dinner and over night.

You will have breakfast at your leisure then check out from the camp. Your drive back to Nairobi will have a last minute shopping at Emali, then proceed to Nairobi for the airport drop-off.

How much does a safari adventure holiday cost.

Safari holiday prices depend on the number of travelers, duration of stay and the season you’ll be visiting. Peak season between June and September often has higher costs for tourists. Discover pallid Safari prices by choosing your destination and safari excursion packages on our platform or customize your adventure package. 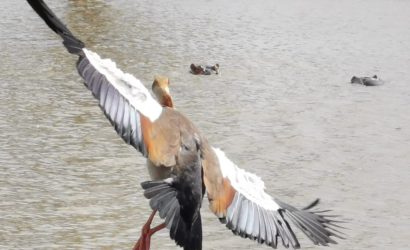 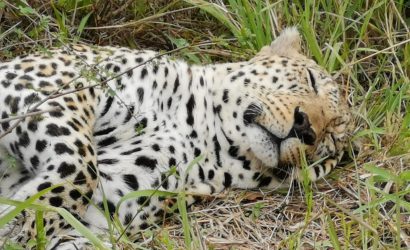 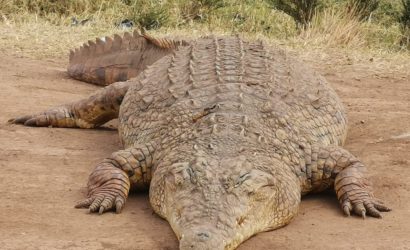