Pallid Safaris is one of kenya’s best tour operator specializing in planning safaris in east Africa destination specifically Kenya, Uganda, Tanzania, Rwanda and Zanzibar. We offer specialized travel packages and customized tailor made itineraries upon request within East Africa that are inclusive of expedition tours, culinary, arts and culture, photographic and philanthropic tours with a strong focus on nature while also promoting sustainable tourism.
Come experience East Africa with our professional safari guides and tour consultants who have strong passion and vast experience in coming up with cost effective tour itineraries to suit each and every client’s needs leaving an unforgettable memories of east Africa.

Kiambethu tea farm: Just a short drive from the heart of Nairobi, Kiambethu Farm at Limuru provides a tranquil insight into life on a settler farm. Situated at 7,200 ft. Kiambethu was bought and farmed by AB McDonell in 1910. He was a pioneer in the tea industry being one of the first to make and sell tea commercially in Kenya – now one of Kenya’s largest exports. Five generations have lived on the farm and it is currently run by his granddaughter Fiona Vernon.

Arrive at 11am and over a cup of tea or coffee the history of the farm and process of making tea is informally explained, followed by an opportunity to see tea in the field.

Then take a walk in the indigenous forest with our resident Kenyan guide who will identify the plants and explain how they are traditionally used. Look out for the Colobus monkeys close up and wander in the gardens which are home to a wide variety of birds and flowers.

Return to the house to enjoy a pre-lunch drink on the verandah with sweeping views across the tea fields to the Ngong Hills.

Lunch is served about 1pm and is a three course buffet lunch from our set menu prepared with vegetables from the garden and desserts are topped with cream.

Nairobi City tour and Cultural Experience provides insights and offers a great experience from the History of Karen which dates back to 1914, during the First World War, with the arrival of Karen Blixen from Denmark. At the foot of Ngong Hills, Karen Blixen established herself as a farmer. The human –Elephant care, rehabilitation and conservation at the Daphne Sheldrick orphanage and the Giraffe center to see and feed the famous and endangered Rothschild giraffe.

Nairobi National Park & Afternoon City tour: Start your day with an early pick up from your hotel within Nairobi. Despite its proximity to the city, Nairobi National Park is home to a wide variety of wildlife and bird species. Explore African savanna and after your game drive you will proceed to the nearby Elephant orphanage where young orphaned elephants appreciate the motherly care from men. You will also visit the giraffe center and enjoy a sumptuous lunch at a selected restaurant. You will then be dropped at your accommodation.

Depart at 06h 00 for the park.
Nairobi, as a capital city is unique in having a wildlife park on its doorstep. The tour to Nairobi National Park takes you to this unique wildlife sanctuary only 7 kms from the Nairobi bustling City Center where you have chance to see 4 of the Big 5 (expect the elephant) against the back drop of the city tall buildings. Rhinos, buffaloes, cheetah, zebra, giraffe, lion and plenty of antelopes and gazelles. Ornithologists catch with over 300 bird species including the Secretary bird, crowned cranes, vultures, woodpeckers and many more. This tour is Done in the morning when majority of animals are more active.
At 10h00 you will head to the Elephant orphanage for the feeding show from 1100 – 1200 hrs, you will then visit the giraffe center before lunch in an African restaurant. Depending on your timing you can also visit the Kazuri beads factory before you are transferred to your hotel or the airport.

1100hrs -1200hrs: Visit the David Sheldrick Elephant orphanage, where young orphaned elephants are brought after being rescued and fed till they are mature to be released to the wild. When you visit the orphanage during your sightseeing trip to Nairobi with Pallid Safaris, you will see orphan elephants and rhinos nurturing and learn about the trust’s two major programs – Orphan’s Project and Fostering Program.

The Orphan’s Project is a globally recognized program that rescues and rehabilitates elephants and rhinos that have been orphaned due to poaching and habitat loss, and hundreds of infant elephants have been hand-raised and reintroduced to the wild at Tsavo East.

The Fostering Program, in partnership with the Kenya Wildlife Service, supports an elephant nursery in Nairobi National Park that is overseen by Dr. Dame Daphne Sheldrick who is credited with developing a complex milk formulary, as well as an in-depth understanding of husbandry.

Enjoy lunch at a local restaurant and visit the Karen Blixen Museum. Stop by the Giraffe Center for a close up look at the endangered Rothschild giraffe.

1500hrs -1700hrs: Visit Bomas Of Kenya – a cultural tour of Kenya’s major ethnic groups, such as Mijikenda, Luo, Taita, Embu, Maasai, Kikuyu, Kamba, Kalenjin, Luhya, Kisii, Kuria to name just a few of the native peoples that are represented at the venue.

The word “boma” means “homestead”, and here you find replicates of traditional villages that provide interesting insight about each tribe’s societal structure, crafts, music, dancing and much more. Nairobi Tribal Tour a Place named a tourist village in Langata, Nairobi.

Tell us about your trip requirement. We'll work together to customize your trip to meet your exact requirement so that you have a memorable trip.

We're a local travel agency. When you book with us, you get best possible price, which is middle-man free.

We don't add hidden extras cost. All trips include travel permit, lodging and fooding. There are no surprises with hidden costs.

Tell us about your trip requirement. We'll work together to customize your trip to meet your exact requirement so that you have a memorable trip. 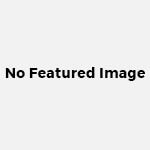 Most amazing safari ever!!!
It was great working with Pallid Safaris, they took care of everything we needed ahead of time, anticipating our needs. It is hard to guarantee what animals will be seen on a safari, either we were extremely lucky or the guides have secrets! We saw almost all the big 5 and at such close range. Most exciting was the quick work of the drivers to change a tire while some stood on guard watching the movement of the lions several yards away! Our party of 12 had an amazing experience and even those who had been on several safaris before agreed this was one of the best! Highlights were all the animals of course but also the lovely lunch in the shade of a classic acacia tree!

Peter is a kind, funny and smart guy who knows where to find the animals!
He communicated everything ahead of time and was able to accommodate our needs without hesitation. One of the best experiences of my life!

Excellent. Will always use this tour operator
Very nice and honest tour guide. Very knowledgeable. The tour guide Showed us a lot of things along the safari, very easy to communicate with, Trustworthy and we were well taken care of. We felt very safe with the tour guide. Excellent driver, we just liked how cautious he was on the road.

Eric is knowledgeable, honest and simply the best!
Pallid Safari’s took care of everything we needed and was an amazing tour guide. He made traveling from Kenya into Uganda easy and seamless. Our organization has used Eric for many years when we travel through East Africa and will continue to do so. Highly recommend!!

Excellent in customers satisfaction. in communication, informative. efficient
excellent communication skill with the client, it provide excellent service to the client expectation during safari and during client information sections

Pallid Safaris displayed very strong communication skills and any changes (if any) were promptly communicated and addressed. Eric was the lead Safari Guide and he is personable, outgoing, has a sense of humor, punctual, knowledgeable, well-organized, has awesome customer care, enthusiastic and integrity was real.

The Safari Itinerary was well planned and the choice of properties was top-notch based on the Budget. No Surprises whatsoever! I’m happy to recommend Pallid Safaris to other Travelers and I would not hesitate to use their services again in the future.

Our able travel consultants understands better the East African circuits and are happy to help custom & tailor make your safari to suit your interests.

East African Safari? Are you planning an East African holiday safari tour now or in future?, You are guaranteed to find the best in terms of wildlife viewing, scenic landscapes and close up cultural encounters on a Kenya safari tour. Kenya is diverse and is a miniature representation …

Pallid SafarisLeave a Comment on East African adventure at a remarkably best prices.55

One of Africa’s premier national parks, the Masai Mara is famous for its Large Cat population and the massive annual Wildebeest Migration.  The Masai Mara reserve covers 1510 sq km of wide-open savannahs and fertile riverine woodlands in south-western Kenya and forms a continuation of the Serengeti …

Safari in Kenya is what comes to mind when people think of safari in Africa. Safari in Kenya holiday offers a yarning traveler the best that Africa has to offer. From the legendary Masai Mara and intriguing cultures, to its pristine coastlines with tropical beaches. …

Pallid SafarisLeave a Comment on Safari in Kenya the best adventure0